For The Want Of Garlic

When your eyes water from cutting an onion, when your tongue withdraws at the taste of cloves or nutmeg, when your nose is both repulsed and seduced by garlic odor, there is something very healthy going on. A confounding fact is that pungent molecules in spices and foods offer unrivaled health benefits. The most recently published science reports confirm this. 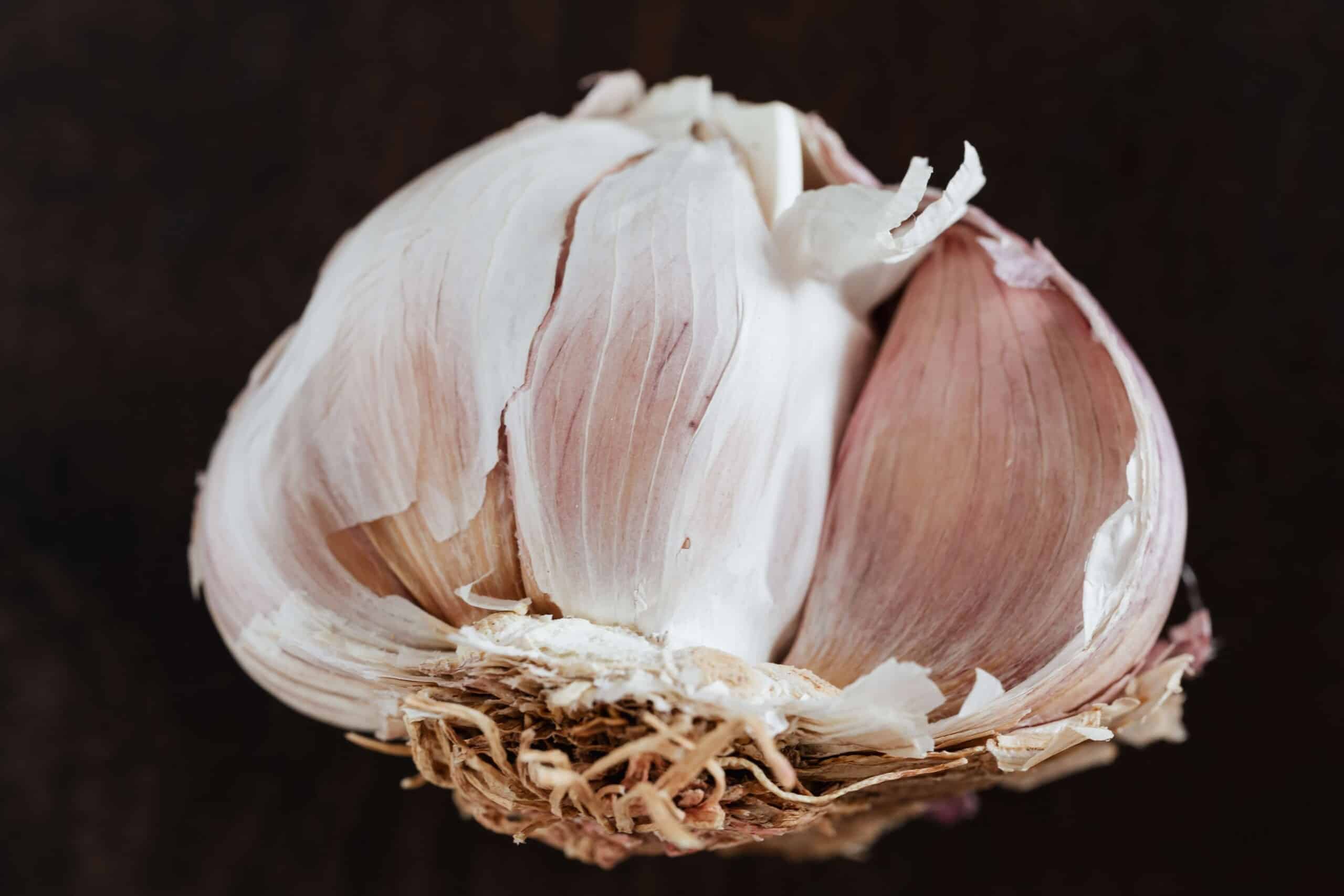 When your eyes water from cutting an onion, when your tongue withdraws at the taste of cloves or nutmeg, when your nose is both repulsed and seduced by garlic odor, there is something very healthy going on.  A confounding fact is that pungent molecules in spices and foods offer unrivaled health benefits.  The most recently published science reports confirm this.

For example, the human body has a built-in antioxidant defense system.  When exposed to mild biological threats, the human body activates endogenous (internal) enzymatic antioxidants.  This was demonstrated in the laboratory where rats fed a high sugar (fructose) diet with some of the animals also given raw crushed garlic.  The animals given the fructose alone developed enlarged hearts while heart weight in the garlic-supplemented animals was even less than healthy rodents.

“If you can smell garlic, everything is all right”.”
Author: J.G. Ballard

Presumably humans would obtain the same benefits by putting a clove of garlic in a food blender and rapidly consuming it without exposing it to heat, which would destroy its primary active ingredient allicin.

“There are many miracles in the world to be celebrated and, for me, garlic is the most deserving.”
Felice Leonardo (Leo) Buscaglia (1924-1998)

Garlic’s health benefits are so broad and profound they would exceed those of most modern medicines. If it weren’t for its strong odor and the uncomfortable stomach it produces, garlic would be grown in every backyard and not only ward off vampires, but also physicians.

Another example of garlic’s health benefits was demonstrated in a lab dish recently.   Germ cells (these are cells that convert to produce sperm and eggs in males and females) were taken from roundworms.   When these germ cells were exposed to low-dose paraquat, an herbicide, hydrogen sulfide gas was produced, much like garlic.  This toxic gas (a few whiffs and you will die) activates the Nrf2 internal antioxidant switch to slow aging and extend life in lab animals.  [Proceedings National Academy Science May 17, 2016]

Of course, we’re not going to intentionally expose ourselves to paraquat in our quest to live longer and healthier, but nature provides garlic cloves in just the right size to produce mild amounts of hydrogen sulfide gas when garlic cloves are crushed.

Sign on wall.
Whatever happens keep calm and use more garlic.

Garlic is probably the only believable cure-all.

Historically, Roman soldiers in the time Julius Caesar planted shoots of garlic as they conquered foreign lands to use as their medicine, which centurions chewed as they entered battle.  Maybe that is why baseball’s greatest hitter was quoted to say: “I can’t get enough garlic.”

Dysentery from contaminated water remains a chief reason why modern armies can’t keep healthy troops in the battlefield.  Maybe they should chew garlic.

“It is not really an exaggeration to say that
peace and happiness begin, geographically,
where garlic is used in cooking.”
X. Marcel Boulestin (1878-1943)

It will not come as a surprise to learn that garlic’s allicin is posed as a cure for influenza [Pharmacognosy Research April 2016] and is a remedy for a stubborn water-borne parasite that infects 12 million people worldwide and is not easily controlled by drugs due to treatment resistance and drug side effects that cause patients to halt their treatment.  [PLoS One March 29, 2016]

Acid-forming bacteria are what erode dental enamel and cause caries (cavities).  When garlic’s allicin was tested against an array of germs known to erode teeth, garlic killed all of them.  [Journal Medicinal Food Nov 2011] Now to figure out how to brush your teeth with garlic powder without it touching your tongue!

Researchers even concede allicin from garlic “has a potential to ameliorate the decline of mental function and memory loss associated with Alzheimer’s disease.”  A mild dose of allicin has been shown to inhibit an enzyme (by up to 56%) that erases memory chemicals from the brain.  [Indian Journal Pharmacology July 2015]

Unexpectedly, garlic’s allicin, when dropped into a lab dish of bone-building cells (osteoblasts), reduces inflammation and cell death and inhibits oxidation to the point where is now considered a molecule that counters age-related bone loss (osteoporosis).  [Experimental & Therapeutic Medicine June 2016]

Over two decades ago researchers in Norway, having heard of the legends about garlic warding off vampires, conducted a quasi-scientific experiment to see if garlic inhibited leeches from sucking blood.  Researchers smeared one hand with garlic and observed whether leeches preferred the clean hand or garlic-smeared hand.  The experiment backfired as leeches attached themselves much quicker to the garlic-smeared hand (14.9 seconds vs. 44.9 seconds).  Maybe garlic actually attracts vampires?  Or maybe there are just smart leeches. [Journal For The Norwegian Medical Assn. Dec 10, 1994]

The biggest test for any natural molecule is whether it can take on cancer.  Kidney (renal cell) cancer frequently spreads and is therefore life threatening and has a high rate of recurrence.  These malignant cells produce a substance (hypoxia inducing factor-1 or HIF-1) that triggers development of new blood vessels to deliver oxygen and thereby feeds the cancer.  Allicin inhibits HIF-1 and stops tumor cell growth cold. [International Journal Clinical Experimental Medicine Nov 2015]

As you can tell by the research cited herein, allicin is the key molecule in garlic.  [Biochmica Biophysica Acta Feb 2, 1998]  Most garlic pills fail to deliver real allicin, despite label claims to the contrary.  And we didn’t even get to talking about garlic and antibiotic resistance, a problem that keeps growing.  It’s wise to use garlic when taking antibiotic drugs to improve vulnerability of bacteria to therapy. [Jundishapur Journal Microbiology May 31, 2015]

And to think, most of the research cited herein is only recently published.  With reams of conclusive data, it is rare that a physician prescribes garlic despite it being a bona fide cure all.

If you can break off a clove of garlic from its bulb and crush or macerate it thoroughly to produce allicin, garlic’s primary ingredient, and not choke on it as you swallow it, God bless you!

If you want to obtain a garlic pill that strongly inhibits garlic breath while assuredly delivering allicin, Garlinex® is for you.  Don’t fall for the sales pitch of all the products that pretend to contain allicin.  Allicin is a transient molecule that only lasts a while after an enzyme (alliinase) mixes with a sulfur compound (alliin) in crushed garlic to produce allicin.  This author’s experience is two months taking garlic every day will aid with weight loss and balance of gut bacteria.
©2016 Bill Sardi